Let’s have a quick glance at a Xamarin Mobile App Development research analytics, more than 41{4ce454ca368db5bdea9cb303ce6c6bfa78ce6f80d4faa27e62011f058bfbb2c9} of responder’s report that commercial apps are coming out in the market, at least per month or more frequent than that. On the other hand, the release of consumer apps is slightly higher. 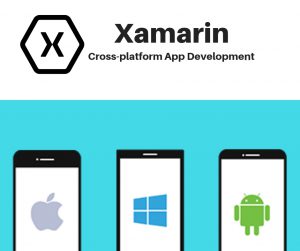 In our experience, many companies working on Mobile App Development are updating the applications on a quarterly basis. As the Xamarin App Development platform came into the picture development velocity and the rapid pace of innovation become a key noticeable factor. Now businesses around the corner needed a way to scale mobile applications.

Through a couple of years, developers around the world had been reconnoitring through a number of cross platform applications development frameworks, that includes Java development kit, .NET framework, Corona software development kit and Xamarin.

People tried and developed many stand-alone applications for all the platforms. Geeks clearly recall that, until the beginning of the year 2016, Microsoft visual studio was given the support to Cordova and the popularity of Xamarin was nearly about to take a fight among all kinda developers.

This the exact time when developers around the world slowly realized the power of this amazing cross platform development tool – Xamarin.

By the time, Xamarin has become an official tool by Microsoft visual studio package. Xamarin is the answer by Microsoft, for the problems related to cross-platform application development.

It has many add-ons including Microsoft visual studio compatibility along with Xamarin integration that scaled up to the level for enterprises. Hence, it is a most important product by Microsoft.

Xamarin is not only a mobile development platform that is used for developing an application, but also a platform that provides testing tools and monitoring facilities. It is one of the platform that several companies offer it in their own enterprise space.

The other company includes IBM and Kony for the enterprise market space. All the new ventures came up in 2011, gained 15K plus new customers and 1 million developer downloads.

In the last year, Xamarin Development Services has grown 97 per cent and the sales were noted double than the previous year. Xamarin is considered as enterprise ability to develop a native application on all the three major app development platform: iOS, Android and Windows. Albeit, using c# as a major computing language.

It is obvious that Xamarin has the world’s largest community of the mobile app developers. Apart from the development, Xamarin enterprise solution features with the Test cloud and Insights.

An enterprise such as Apple, needs to develop such apps that work across a huge range of devices. Over a one-third of companies want to build the application for wearables. As it the future technology and really booming in the market. This will result, more operating systems into the mix, just like Android wear.

Finally, at a present day, Xamarin announced: It is a platform that will enable developers to develop and design Apple Watch application from Microsoft Visual Studio.

Xamarin.Forms, The idea is to allow developers to share more than 91 per cent of a written program to any platform, usual availability for Windows 8 and Support for Windows 10. For the Tablet factors for Android, iOS and now Windows users it has native user interfaces but in backend uses the shared algorithms.

Xamarin is the complete package to develop fully furnished cross-platform enterprise applications. It is a product in the market by Microsoft, which provide an additional cost that you wanted to use while billing for major services i.e. developing, debugging, scaling, deployment and testing. In short, it is for any enterprise Pay as you go, model.

Xamarin App Development Services continue to increase its reach among mobile app developers because it will change the mobile development process. The tools offered by Xamarin are powerful as they provide the compatibility and use of the platform of some hybrid app development tools that cannot be overlooked. In addition, there are various benefits and justifications to adopt this technology to hire expert Xamarin at a top Xamarin mobile app development company to build full-fledged apps.