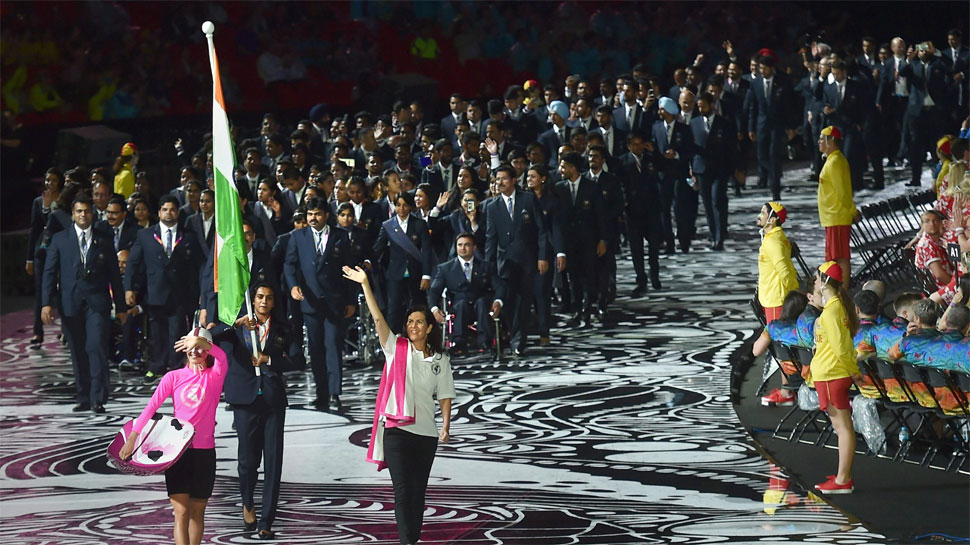 And while we observed the final day of the action-packed international multi-sport festival Common Wealth Games 2018 at the most fortunate land of Gold Coast, Queensland, Australia. Officially known as XXI Commonwealth Games came as a winning bid in Australia’s share, where 6,500 athletes from 71 Commonwealth Teams participated in 275 events of 18 sports from 4th April 2018 to 15th April 2018.

As expected, the ceremony really turned out to be a grand affair and all the athletes were welcomed at the Gold Coast, Australia with the open arms. With 325 members (221 athletes, 58 coaches, 17 doctors and physiotherapists, seven managers and 22 other officials) in their group, Indian squad including a medley of the past masters and talented compete in different categories look to challenge all other competing nations in the battleground. In the army of flag bearer PV Sindhu, the Olympic silver medalist, athletes were looking to perform better than they did at Glasgow and they made it with earning a total of 66 Medals including 26 Gold medals, 20 silver medals and 20 bronze medals to the nation. India stands on number 3 position among all common wealth nations participating in the event following Australia at position 1 and England at position 2.

SainaNehwal, PV Sindhu, Sakshi Malik, Sushil Kumar, Mary Kom and many other athletes were most awaited in the CWG 2018. The proud moment started with the flag bearing and opening ceremony of the gala event that you can check in the pictures below.

The next day of the opening ceremony, games started with the first event scheduled as ‘Artistic Gymnast’ and following that every single day was full of excitement and thrill brought by the participants with their astonishing gaming. Veteran World Champion Wrestler Geeta Phogat’s sister VineshPhogat displayed her strong initiation for Gold Medal in Women’s 50 kg freestyle.On the other hand, India’s journey to Common Wealth games 2018 started with Boxing event and it is really a moment of proud that majority of medals Indian talents have won in the field of Wrestling and Weightlifting.

Out of the star events, few things disappointed us as well like Deepa Karmakar took her name out from the games due to an injury. Former Gold Medalist, Sakshi Malik had to settle down for Bronze in Women’s 62 kg Nordic event.

Here follows the medal tally for the winning athletes in all events:

Indian athletes have really enlightened the entire world with their amazing talents in almost all the sport category by winning a medal. The motive always remains letting the Indian national flag shining in the skies of the world and at most levels, they obviously succeeded as well.

Some of them are from very nominal income level participants, the aim of whom to bring themselves to the shining world of sports despite their inability to manage with the heavy expenses of training and participating.

Kunsh Technologies salutes to all those participants and medal winners of XXI Common Wealth Games 2018 who have marked their valued presence in the history of these gaming events.They will be loved and adored by us always. Their dedication, efforts, courage and performance will always be honored by Indian society in the country. They have made us feel proud and have encouraged more newbies and budding talents of the country to become a ‘sport gem’ of India so soon.