How exactly Python programmers make their life easier? The only answer is Powerful Python Frameworks.

Python is one of the leading programming languages. The frameworks make any developer’s job pleasurable and simple, by offering them a structure for development. By automating the implementation of redundant steps, it cut-down development time and enables developers to focus on application logic rather than the routine elements.

Seeing how dynamic the development has become, the popularity of frameworks is only increasing. This Object-oriented, interpreted, powerfully composed and interactive programming language is easy to learn, also effectively enriches development structure. Consequently, it is also a most favoured programming language and considered as a ‘Next Big Thing’ for professionals. Python’s robust collection of frameworks help developers to deal with the subtleties of execution.

Mainly, there are three Python Frameworks; Full-Stack, Microframework and Asynchronous. All of them have their own advantages, hence the selection should be on the basis of project requirements and developer preference. Let’s have a brief look at the popular frameworks of 2019.

It is a one-stop solution for all developers’ requirements. From generators, template layouts to form-validation are usually available with the full-stack framework.

Microframework is lightweight frameworks that do not offer functionalities and features such as, a database abstraction layer and form-validation. Developers using these frameworks need to add additional requirements manually.

It has recently started gaining popularity, any Async-Framework is a Micro-Framework that allows for handling a huge set of concurrent connections. Typically, it is built for Python users programming language’s asyncio library. Asynchronous I/O or asyncio is a library to write concurrent code using the async/await syntax.

Full Stack Frameworks offer complete support to programmers, including essential elements from Validation to the template design. Some of the popular full stack frameworks are: 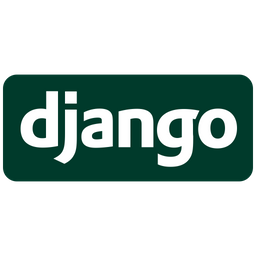 Django is a full-stack Web Framework developed by Django Software Foundation back in July 2005. It is one of the most beloved Python Frameworks that is helping developers to create complex code and application in a much easier way, within the shortest time span. Django Follows the DRY – Don’t Repeat Yourself principle and the Model-View-template architectural pattern.

It has a huge collection of libraries written in Python makes it quite popular among the developer community. It also offers the emphasised efficiency and reusability of components. Here are the key features of Django:

Django uses ORM: Object-Relational Mapper to map the instances from the database tables. As a result, it enables the code to work across a number of databases such as MySQL, SQLite, and Oracle. Hence, it is easier for developers to transfer the entire code from one database to another. In addition, it also supports web servers. Because of its’ fantastic features, it is being widely used by most of the renowned companies such as Instagram, Pinterest, Mozilla, Disqus, Bitbucket and the Washington Times.

Web2Py is developed by Massimo de Pierro; It is a cross-platform Python Framework. Web2Py is an open source and free-to-use framework, published in September 2017. It empowers users to generate dynamic web content in Python. The framework comes with an installation tool, code editor and debugger.

Here are some of its characteristics:

Though it allows us to create dynamic web content in Python. It does not support Python 3. The ticketing system is one of the most important features of the Web2py Framework. The system issues a ticket, whenever an error occurs. It has backward compatibility and follows MVC patterns.

CubicWeb is developed by Logilab, it is an opensource, and open-source Python full-stack framework. This framework is based on a data model; we need to define the data model in order to get the functional application. CubeWeb is using the cube instead of using separate views and models. Multiple cubes are joined together and form an instance with the help of some config files, a database and a web server.

Key features of CubeWeb are: TurboGears is developed by Mark and KevinDangoor Ramm. It is Responsive, open source and free-to-use Python Web Framework; along with the support of powerful elements such as WebOb, Genshi, SQLAIchemy and Repoze. It is simple to develop applications which require the database connectivity considerably faster compared to other existing frameworks.

It has Internet Server Gateway Interface components as an instance, it uses ToscaWidgets, which enables developers to upload any widget that is intricate.

Giotto is based on the MVC pattern, and it is an application framework for Python Developers. It allows web developers, web designers and system admins to work independently; as it separates Model, View and Controller elements in order.

Key features of Giotto are:

Giotto has controller modules that enable users to create applications on top of the web, IRC: Internet Relay Chat, and the command line.

There are a number of Python frameworks available whose popularity and demand will remain intact in 2019-20. Each of them has its pros and cons, and each programmer has his own diverse coding style and preferences. And it completely depends on their evaluation process as per the need of every individual project.